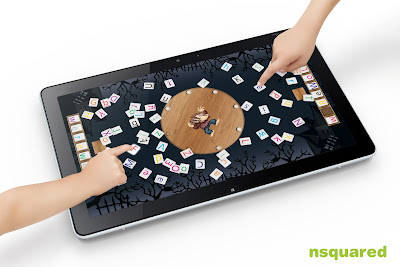 The exciting launch of Windows 10 a couple of weeks ago marks a big moment for the future of apps. As Microsoft moves towards cross-platform responsive apps and collaborative technology (read our posts on Microsoft Continuum and Microsoft Surface Hub), we are excited to see substantial growth in the multi-user app market. Don’t forget to head over to the new Win10 store to check out our great range of multi-user education apps, all engaging games which encourage kids to socialise whilst learning.

Challenge the mathematical skills of players in nsquared coinswap.

To learn more about multi-user educational apps follow nsquared on LinkedIn, Twitter or Facebook or check out our DIGITABLE site for more information.
Posted by nsquared at 11:37 PM No comments:

I'm Sorry Dave, I'm Afraid I Can't Do That 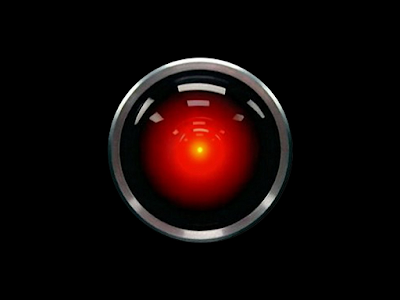 
The impending demise of mankind is not something that regularly arises as a topic of international heated debate. Sure, you might come across your odd doomsayer or cult leader espousing the benefits of joining him into eternity, but an international conversation about the future of our race is something else.

As more things move to the internet of things and we learn that hackers can now remotely control your car, the ethics surrounding technology has been sparked by none other than the face of cutting edge technology himself, Elon Musk.

The CEO of electric car manufacturer Tesla and investor of privateer space exploration company Space X, Musk has described Artificial Intelligence (or AI) as humanity’s “biggest existential threat”. He has made these claims after joining Facebook CEO Mark Zuckerberg and Ashton Kutcher, the actor chosen to portray Steve Jobs in the 2013 film depicting his life, as high-profile investors in an Artificial Intelligence company named Vicarious.

The ethics surrounding AI are not anything new. Stanley Kubrick's 2001: A Space Odyssey had a rogue AI spaceship named Hal that gave humans a less-than-ideal time. 1999 film The Matrix envisaged an extremely pessimistic outcome for humanity, living in underground tunnels as robots farmed us for energy. Musk has taken this debate off the film reel and into our headlines.

Musk has explained that his investments in Vicarious are a way of “keeping an eye on what’s going on”, as opposed to a money-making venture. As the conversation around AI snowballs, he is also one of the high-profile signatures on the recent open letter urging the United Nations to ban lethal autonomous weapons systems, joining Apple co-founder Steve Wozniak.

The growing rumble of these tech greats surrounding the dangers posed by AI can be interpreted in many ways. Toby Walsh, an artificial intelligence professor, has said that AI is technology “that can help tackle many of the pressing problems facing society today”. Musk has said advancing AI is like “summoning the demon”.

Whatever your take, it is clear that the Point of Singularity, or the point when technology is able to redesign itself and improve, is inching ever closer.