During June,  Dr. Neil Roodyn visited Shanghai, Beijing, Munich, Helsinki, and then thankfully came back to Sydney, all for the great Microsoft Build Tour of 2017.
Neil got the first hand gossip from the Microsoft experts on the latest technical news and updates. The event was designed for developers building Line of Business or consumer applications, using Cloud or traditional desktop tech. The days started with a keynote address. Then a full day of practical sessions covering recently released Cloud and Windows technologies followed. These were all topical to building applications using the latest technology.
Many cities also hosted a workshop on the second day, where developers attending could get hands on with the latest technology presented on the previous day. Neil gave over 300 hands-on demos of Microsoft HoloLens in the cities visited.
Did you get a HoloLens demo? What did you think?
(If not get in touch and we can try to organize one for you)
Full days but so rewarding!
Here are some photos from the first day of the Sydney Event, June 29th 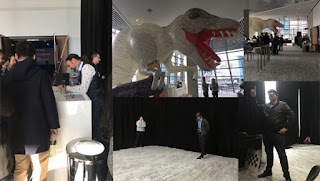 Missed the Microsoft Build Tour this year? Click here to watch all the highlights from the Sydney event