Windows 7 - Will they get it right this time? Rumored to be more stable than Vista, Windows 7 offers hope to Microsoft devotees. Has the competition driven a more successful platform? Maybe that’s what it takes. With the publishing of the Windows 7 Release Candidate 1 to MSDN members last week, there are a myriad of people trying it out.


We like it because, "The native support for biometric sensors such as Fingerprint readers makes logging into Windows 7 a breeze," says Nick.


Dr. Neil wasn't pleased, "Windows 7 has some promise, there are several really nice features, such as the task bar enhancements. Unfortunately I still find myself waiting for Windows to respond to my requests for way too long. I am sick of seeing (not responding) in the title bar of the applications I am trying to run. For now OSX is still my OS of choice and once Snow Leopard ships I think Windows 7 will not be changing that."
Posted by maridee at 4:14 PM 1 comment:

Email ThisBlogThis!Share to TwitterShare to FacebookShare to Pinterest
Labels: windows 7

Review of Code by Charles Petzold

My March reading assignment from my Mensa-smart and somewhat geeky boss looked to be a dreary experience and an unhappy replacement to my usual murder mystery bedtime reading. I was to read Code by Charles Petzold. It appeared that Dr. Neil had discovered my most coveted secret! I am a technically-challenged technical writer. Now I know I’m not the only one of you out there; having successfully worked in the field for over six years I have encountered many peers in the same unlikely situation, so please read on because there is hope…

You might skip over Code on the shelf these days, assuming it is hopelessly out of date like all the other programming books of the early 2000’s. Not the case with this one, for it offers a true account of the foundation of all things technical. Can a history book ever be deemed obsolete? Does math ever go out of style? Neither should this book ever go out of print.
Little did I know that the answer to the gigantic question mark in my head that I daily ignore (apparently the elephant in the room) about the magic black box that I sit in front of exists in one book! Code offers a basic walk-through of electrical engineering, and here lies the foundation of computer technology. The book begins with the most basic of scenarios (two kids with blinking flashlights) and moves through the development of the first telegraph, up to creating a basic computer.
It turns out it is all about switches! It seems that everything is about yes/no logic gates using electricity to tell little switches to turn on (1) and off (0) via the not so mysterious motherboard! Each little switch represents a bit of information, and eight bits equal a byte. A byte of information holds eight bits, or eight possibilities of 0/1 combinations, or 256 pieces of information.
I have a pair of Vivienne Westwood boots. All girls who have a pair of Vivienne Westwood boots are fashionable. Therefore, since I am a girl and I own Vivienne Westwood boots, I am fashionable. This is an AND-gate tautology, an unambiguous truth according to Boolean logic. The computer sees all things as unambiguous truths or falsehoods as determined by logic gates resulting in switches being turned on and off. AND, OR, and NOT operators (simply a way of including, excluding, or negating bits) work as conjunctions in statements, and the computer is always adding these statements together to be true or false. That is how complex messages can be communicated by binary code. (When the computer is not asked to do anything and it is idling, I wonder if it experiences existential crises like I do and wants to go shopping).
Computer languages are either low level or high level. Low level languages are easy for the computer to understand but hard for people to understand because they are written to easily convert into binary code. High level languages are easy for the programmer to understand but require a compiler and assembler to translate the high-level code to machine code (binary code). A compiler translates high-level code into assembly level code. An assembler is simply a program whose only purpose is to translate assembly code to machine code. An interpreter, by the way, is a whole different ball game – it translates one line of code at a time and doesn’t require an assembler, but it is very slow.
The book finally started getting into graphical interface and more modern specific technologies towards the end. As I see it, the computer screen is simply made up of pixels that are either on or off (1 or 0) to form images on the screen. Color screens work using bitmaps, which are tiny squares with different intensities of color as controlled through a semi-conductor that releases an electrical charge when exposed to light.
I bravely embarked on this walk with high hopes. I’m a smart girl (or so I was told when I was a teenager), and had high expectations of myself from this book. It would solve all my questions about how computers work and unravel the mysteries of coding. It did accomplish the goal mostly. I read the whole book, but could probably benefit from reading it again in a couple years. Like a good but complex movie, it contains nuances that I know I missed, and promoted flashes of insight at times that I would be hard pressed to repeat in my own words. While it didn’t teach me how to code, it did tell me why we need code and the importance of writing code correctly.
The book was readable, funny at times, and highly stimulating. Petzold writes in such a way that you are pages in before you, as a Vivienne Westwood boot owning and shopaholic girl, realize that you are supposed to be bored by this type of material, and that you’re not. I am now ready to move forward into the world of coding, and soon perhaps my developer coworkers will be coming to me with their questions!
To purchase Code by Charles Petzold, simply follow this link: http://www.amazon.com/exec/obidos/ASIN/0735611319/roodynet-20.
Posted by maridee at 3:11 PM No comments:

A Spirit of Collaboration

Teambuilding is essential to success in any company, and nsquared takes this seriously. This weekend Dr. Neil forwarded me an article by Andrew Pressman entitled It's a very good time to develop your firm's collaboration skills. The article, while a bit wordy and dense, is also informative and provocative.

Pressman expounds the value of teamwork enhanced by trust and a letting go of ego, recognizing that good ideas can be the children of bad ones, and that even misconstrued ideas can lead to more creativity. Teammates can brainstorm without fear when everyone appreciates this, and even take risks by experimenting with ideas outside of their area of expertise. Being respectful of each other, even when you disagree or think an idea is not worthwhile, is essential to building the type of trust that fosters creativity. People coming together can build something greater than one person alone, and such collaborative creativity makes your company stand out from the rest.
We at nsquared have experienced much success in applying these concepts already, particulaly in our recent Tranlsator project. Each person on the team contributed in their area of professional expertise and also crossed over to help each other and learn new things. For example, I, as the technical writer suggested some UI design for aspects of the project while Pierce expanded his knowledge of PHP development and Brendan and Nick, as developers, helped edit the white papers to completion. The project was a resounding success; here we are in our t-shirts! 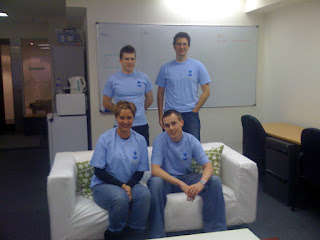 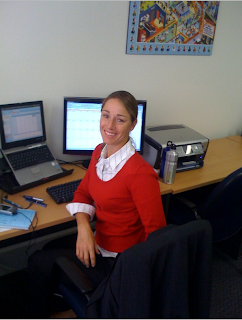 Finally, in the spirit of collaboration and team building, we would like to welcome Kris Kosmala to the nsquared family. Kris is a former Olympic sailor and a proven teamwork expert. Warm, funny, and approachable, Kris will serve as a performance coach to enhance nsquared's already fantastic team with personal and professional goals, and inspire even further teamwork with overarching objectives that will give us focus and help sustain our enthusiasm. We welcome Kris and look forward to an even more collaborative future.
Posted by maridee at 4:01 PM No comments:

How Can You Blend?

So my coworker was asking, "what was the point of your post? What should I do with it?" Well, aside from touting the benefits of SketchFlow which is not available, I am encouraging you to check out the Blend 3.0 alpha version which is available. :) Some of the new benefits that we love are intellisense, support for the new Silverlight 3 projects, and the ability to create WPF apps from the desktop. Check out what else is new by going here.

If you're interested in downloading an Expression Blend 3.0 preview, simply visit http://www.microsoft.com/expression/try-it/blendpreview.aspx. Note that the new version will update any Silverlight projects automatically to Silverlight 3.

nsquared Blends... do you?

And I don't mean we blend in - we do anything but that! So what am I talking about? At MIX, you heard about Blend 3.0 including the new SketchFlow functionality(http://videos.visitmix.com/MIX09/C04F). nsquared is of course, highly interested in any new technology that can benefit our clients and we grasp at any opportunity to stay ahead of the crowd.

While SketchFlow is not yet available, if we were using it, :) we would surely be able to create great user experiences for our clients. :)

Why is Blend 3.0 with SketchFlow so great? Great products will never receive due notice without great design. Great design takes foresight and UI experimentation. When these aren't considered in the early phases of a project, you may well have to spend extra resources to go back and reconsider them later.

The idea of preliminary sketching is not new - even famous artists like Picasso sketched before committing paint to canvas. As Christian Schormann, the Group Program Manager for Expression Blend says, "Sketching, and, at a slightly later stage of the design process, prototyping, are wonderful techniques to explore a multitude of ideas quickly, without excessive investment and emotianal attachment."

Using SketchFlow, it will now be possible to "sketch" dynamic, experiential activities and communicate them with clients and developers alike. What a great tool to revamp the old software development life cycle. Join us in an SDLC revolution! Our team will reap the benefits before you know it and so will our clients.
Posted by maridee at 5:45 PM No comments:

What can Windows 7 do for you? 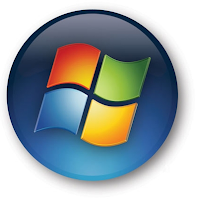 Join James on April 28-30th at Cliftons in Sydney for a Windows 7 training session. He will be teaching all about the latest tips and tricks and will undoubtably have you laughing and enjoying yourself before you know it.

There will also be an additional suprise guest speaker who has been doing a lot of work in Redmond. Come see for yourself!

Contact Connie at cpeterman@asentus.net for more information.
Posted by maridee at 8:52 PM No comments: